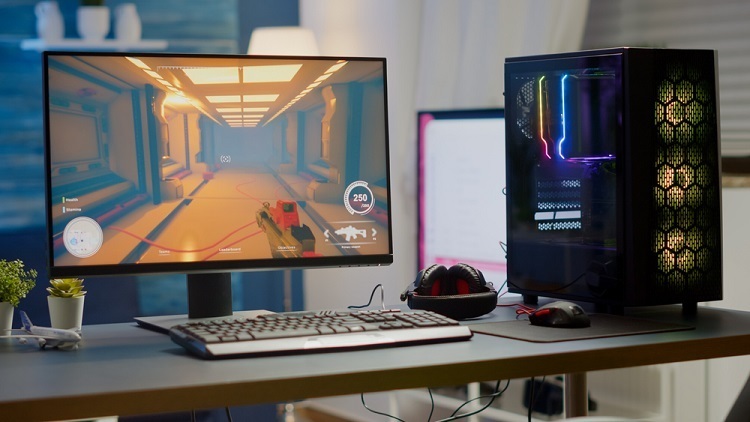 Are you a PC gamer looking for something new to play? Prepare your gaming nuc and ready your graphics card, because we’ve gathered the 12 best new games for PC gamers to dive into.

From harrowing survival horror games to gorgeous action-adventure games, there’s something for everyone (and every system) on this list. So clear your schedule and get ready to game!

One of the most popular games of 2016, “Overwatch” is a first-person shooter from Blizzard Entertainment that pits teams of six players against each other in fast-paced battles.

The third installment in the popular “Dark Souls” series, “Dark Souls III” is a dark and challenging action RPG that will test your mettle. This game is not for the faint of heart.

One of the best RPGs of recent years, “The Witcher 3: Wild Hunt” features a massive open world to explore, excellent writing, and stunning visuals. You play as Geralt of Rivia, a professional monster hunter, in this action-packed adventure.

A sequel to the excellent 2012 game “XCOM: Enemy Unknown,” “XCOM 2” is a turn-based strategy game that task you with leading a team of soldiers against an alien invasion. This game is tough but immensely rewarding.

A unique and addicting game, “Rocket League” has you playing soccer with rocket-powered cars. It’s chaotic and fun, and can be enjoyed by both casual and hardcore gamers alike.

The latest entry in the long-running “DOOM” series, this first-person shooter is one of the best games in the franchise. It’s fast, bloody, and a whole lot of fun.

A delightful indie game, “Stardew Valley” has you taking over a farm and trying to turn it into a success. It’s a great game for those who want to relax and take their time.

An atmospheric and unsettling puzzle-platformer, “Inside” has you controlling a young boy as he tries to escape from a sinister facility. This game will leave you feeling uneasy but also wanting more.

A beautiful and poignant first-person adventure, “Firewatch” has you playing as a fire lookout in the Wyoming wilderness. This game is all about exploring and uncovering the mysteries of the surrounding forest. You will need to solve puzzles and make choices that will affect the outcome of the game.

A first-person puzzle game, “The Talos Principle” tasks you with solving a series of complex challenges. This game is not for those who want a fast-paced experience, but it’s perfect for those who want to take their time and really think about the puzzles.

One of the most unique games in recent years, “Undertale” is a charming RPG that features a cast of endearing characters. This game subverts many conventions of the genre, and is definitely worth playing. You will need to make choices that will affect the outcome of the game, and there are multiple endings to discover.

The latest expansion for Blizzard’s long-running MMO, “World of Warcraft: Legion” is a must-play for fans of the game. This expansion adds a new continent to explore, as well as new dungeons and raids. There’s also a new class to play, the Demon Hunter. Whether you’re a casual player or a hardcore raider, there’s something for everyone in “Legion.”

These are just a few of the great new games that have been released in the past year. Whether you’re looking for an AAA blockbuster or a charming indie game, there’s something for everyone on this list. So fire up your PC and get gaming!

How To Save Money On Shipping Furniture

Work from Home: 4 Critical Steps to Building the Setup