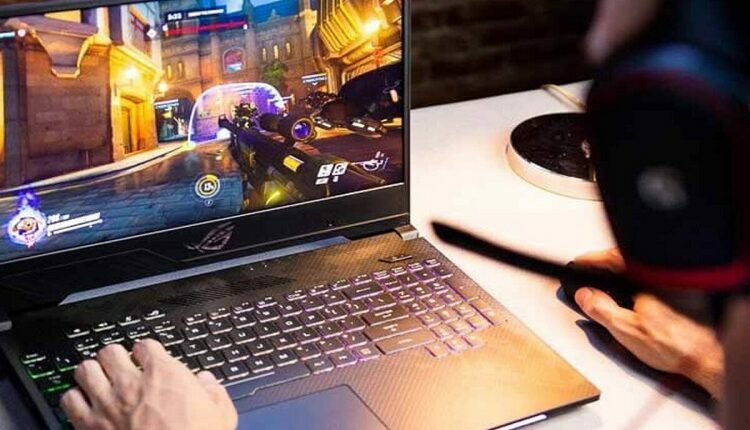 There’s no longer a need to have a giant, heavy gaming desktop to play games on. These days, laptops are built powerfully enough to handle games and heavy graphics as well. The laptops having powerful graphics any many other features with a low price are quite attractive for the laptop users and you should visit https://pickcheaplaptops.com/ to pick a finest one for you. And, with the availability and affordability of coding and programming classes, such as those offered by Austin Coding Academy, more and more developers are getting the knowledge they need to create games.

Whether you want to play Angry Birds on a laptop screen or keep up with your favorite MMORPGs, you need to get a fine and cheap laptop here https://pickcheaplaptops.com/best-2-in-1-laptops-under-300/ and make your gaming and working experience great.

Here are the top gaming laptops of 2016:

Asus ROG – The “Republic of Games” series has tons of great reviews from consumers. The G752VS model in particular features a revolutionary design finished in Armor Titanium. Specs include the latest NVIDIA GeForce GTX10 series graphics, up to 64GB of RAM, 6th generation Skylake Unlocked Intel Core i7 processor, and over-clocking capabilities of up to 4GHz.The gaming keyboard is backlit with anti-ghosting technology and comes with 30-key rollover for better precision and command in battle. So, how much does a notebook like this cost? An average of $1,000, depending on the retailer. If you don’t have to have a 17.3-inch display, you will find that a smaller, lighter will cost significantly less.

Alienware 13 – The newest gaming notebooks from Dell have dazzling OLED displays as their standout feature. The screens may be small, but they still manage to pack a 2560×1440 resolution. The chassis design does look like something from outer space, with its silver anodized aluminum and sturdy carbon fiber-frame. Despite its large frame, the Alienware 13 still only weighs 4.5 pounds. Pricing starts from $1,199.99 on the Dell website and goes up depending on how much RAM you need. Alienware 15 and 17 obviously cost more.

HP Omen – One of the first things you’ll notice about this gaming laptop is its glowing, Dragon Red backlit keyboard. The Omen 15 model has a mid-range price ($899.99 and up at HP’s Store) and still has the same capabilities as a more expensive notebook offered by some of HP’s competitors. In addition to gaming, you can also use it for other multimedia ventures. If you’re taking coding classes, for instance, it’s a great laptop to practice coding on. In a report on TechCrunch.com, Omen 17 can run three games with heavy hardware requirements at once, all on high settings!

Aorus X7 Pro-Sync – Aorus dubs this the “world’s most powerful 17-inch slim laptop”, and perhaps it is, with its TWO NVIDIA GUPs and SSDs squeezed inside of its .9-inch frame. Additional features include G-Sync in full effect, high-customizable Macro engine, 5th generation Intel Core i7 processor, XSplit Gamecaster, AORUS RAID Xpress, thermal technology, four memory slots, and up to 3.5 TB of storage space. The 17.3-inch matte display is very attractive. Its full HD 1920×1080 capabilities produce warm, rich color. It probably won’t surprise you to know that this is one expensive laptop. Don’t expect to find it for less than $2,000.

Lenovo Ideapad Y700 – This series of laptops is inexpensive compared to the others on this list. It’s ideal for more casual gamers. The 15-inch model is even available with a touchscreen. Lenovo is usually known for its business laptops, so the Y700 series is a nice venture into the gaming PC industry. If you’re in the market for a casual gaming laptop less than $800, this series might be for you.

All in all, 2016 was a great year for gaming PCs. There are some other great options on the market as well.

TTSPY, Which Builds Software to Monitoring on iPhone and Android Phone

How to buy LOL accounts for sale?

Holsters That You Can Wear Every Day

Relx E-Cigarette: All the Flavors You Could Ever Want

Achat CBD: What Is It and How Do I Get Some