Top Women-centric Movies of Bollywood You Should Not Miss! 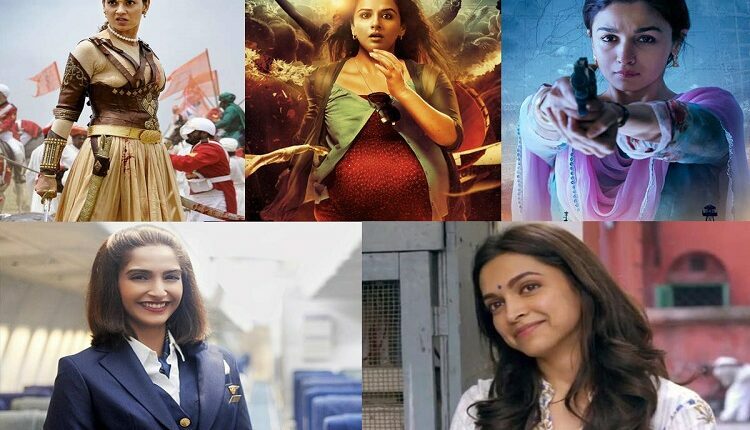 There are many movies in Bollywood that have been made on different topics, genres and areas. Talking about female centric movies, there are various good ones out there to binge at. Of course, the post would tell you about a few of these movies that you must watch right away.

You know sometimes it is good to watch the movies that are beyond love or action or comedy. Female centric movies have their own sets of enjoyments, excitements and features. Once you watch them you can love them and adore the performances and relate to the stories that the films have to convey.

This movie was released on 14 Feb 1957. The movie features Sunil Dutt and Nargis. You know this amazing Mother India movie starts with the finishing of a water canal to the hamlet set in the present. The movie has so much to tell you about its female characters. You would bag some nice thoughts and emotions by the end of this movie.

This movie was released on 22 September in the year 2006. ShreyasTalpade and Ayesha Takia have performed in the leading roles in the movie. ThisNageshKukunoor’sDor is a complicated tale of how two absolutely diverse worlds collide. The movie is amazing if you can relate to this. It has a depth and complexity and it unfolds as the movie processes.

This amazing and blockbuster movie was released on 07 March in the year 2014. KanganaRanaut and RajkummarRao have nailed it in the movie. Their acting has made this movie even more powerful and exciting. This brilliant Queen film is all about a small-town Indian girl. She decides to go on her honeymoon alone. Rani (KanganaRanaut) is a 24 year old Punjabi girl staying in Delhi and goes to abroad for a solo honeymoon. The movie tells about how a lady can live and lead a happy life. There is a lot more to this movie and if you have watched it; you already know about the direction here. You should watch this movie because it is entertaining and powerful both.

This is a movie based on Biography. The movie was released on 23 December in the year 2016.Aamir Khan and SakshiTanwar have been in the leading roles in the movie along with Fatima Sana Sheikh, Zaira and so on. This Bollywood biographical sports-drama movie has been directed by NiteshTiwari. This wrestling competition movie has so much to teach to the society. It is going to be a great add on to your movie experiences if you have not watched it yet. This is a movie that motivates and has the power to change the mindsets too. It is a wonderful peek into another culture with the worldwide appeal of competition.

Thus, you should check out these movies and watch them right away. you can download Vidmate Apk and all these movies along with many other would be right on your device for free and in the format and resolution of your choice.

Amazing benefits of SEO to the business websites

Benefits of Combining VPN with Proxy

What is a proxy for?

How can we have an SEO for our YouTube videos?

Pad Printing: The Manufacturing Process of a Unique Graphic…

Use the Contconcord DA Checker to boost your SEO!